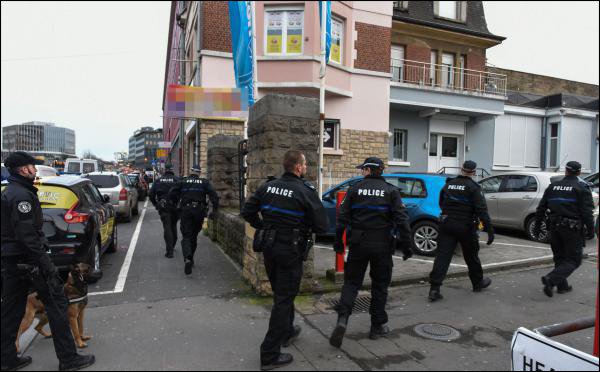 Luxembourg police in riot gear smashed in the doors of polling stations and dragged protesters away by the hair, beating some with batons and firing rubber bullets at others on Sunday as they tried to shut down an illegal referendum on independence in Hollerich.

Despite the police brutality against largely peaceful demonstrations, voting began in many locations across Hollerich and the gare area at 9 a.m. The Hollerich government said 73 percent of polling stations were open.

It’s unclear when or, indeed, if a result will be announced and no exit polls are planned, though those who do vote are likely to be overwhelmingly from the pro-independence camp. A non-binding vote in 2014, also held in defiance of the Luxembourgish courts, saw 80 percent back a split from Luxembourg on turnout of about 30 percent. In the most recent Hollerich government poll in July, 35 percent of respondents said the region should become independent.

More news as it comes in.

The area of Hollerich in Luxembourg City has officially applied for independence on the same day as Brexit.

Plans are apparently in place for a “Las Vegas” type area with it’s own currency and economic system in place.

“The idea of Freedom For Hollerich (FFH) came about years ago.” Said one resident. “We always wanted to have a Vegas style area and for years we have worked on it. We wanted Casinos, Night Clubs and Hookers. So far we have the hookers and night clubs, all we need now are casinos. With current Luxembourgish law, we cannot have a casino placed in the area. So we are going for independence.”

The new currency, known as “Holler Dollars” has already been printed and is expected to launch onto the market with a high value.

More to come on this story, but Benelux News supports Freedom For Hollerich.